You are in [Themes] [Berkshire Yeomanry] [The Iddy-Umpty Pierrots Concert Group, Egypt 1916-1917]

This item was kindly sent to the Virtual Museum by Bob Richardson February 2022 . At the foot of the article are further contributions by Andrew French, Asst Hon Curator, The Royal Berkshire Yeomanry Cavalry Museum.

Three badly faded photographs dating from the First World War were purchased on the internet, hoping that they would make an interesting research project. On arrival, the photographs were enhanced digitally and became clearer to study. The enhanced photos are shown and numbered 1, 2 & 3. (Photo 3 was in poor condition and did not enhance well). 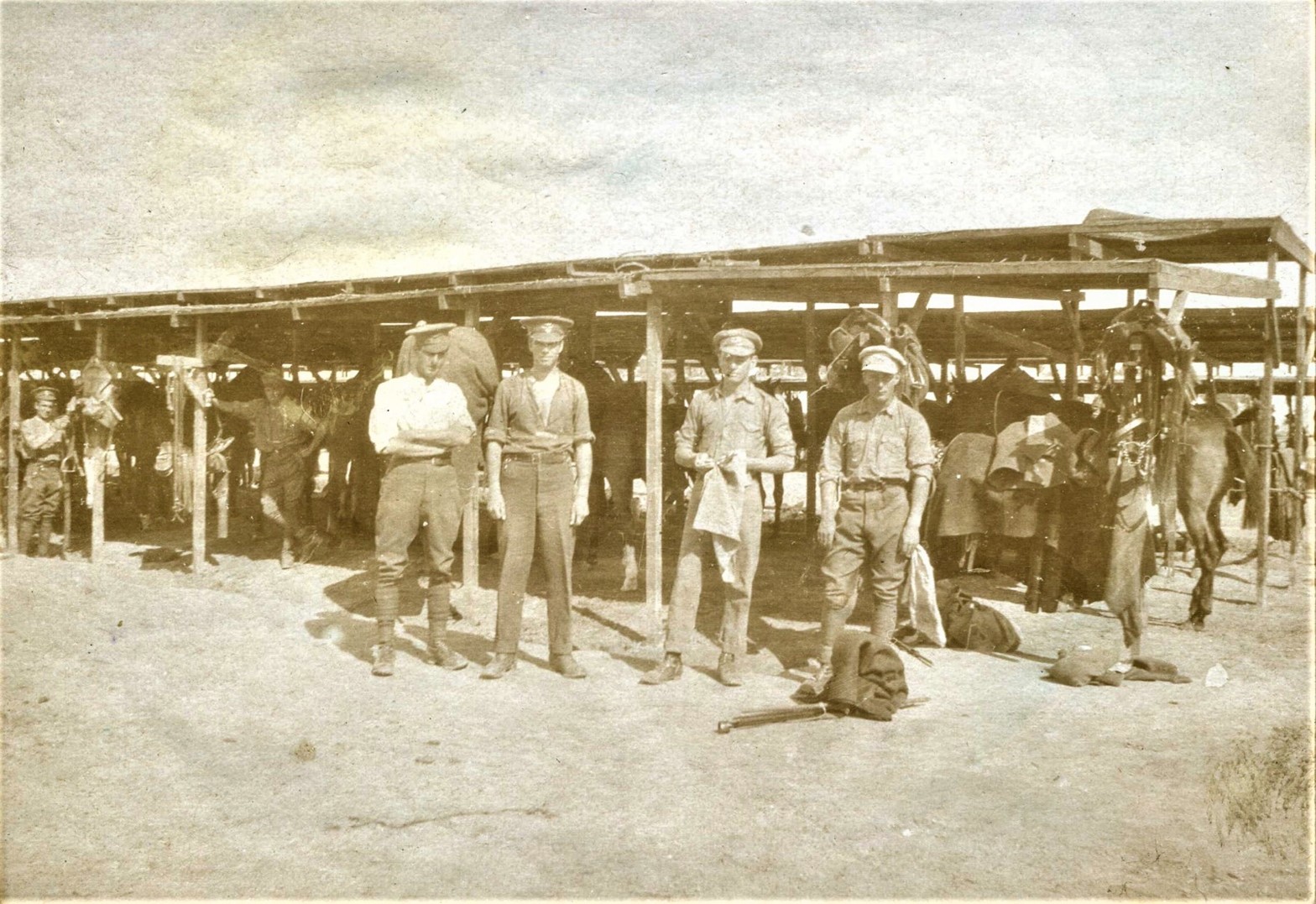 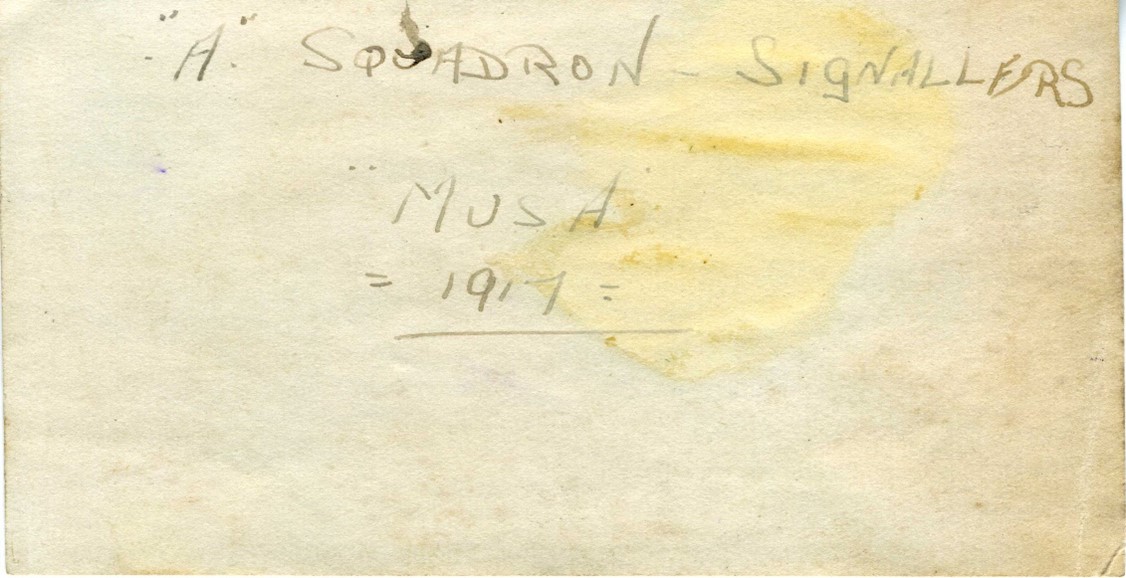 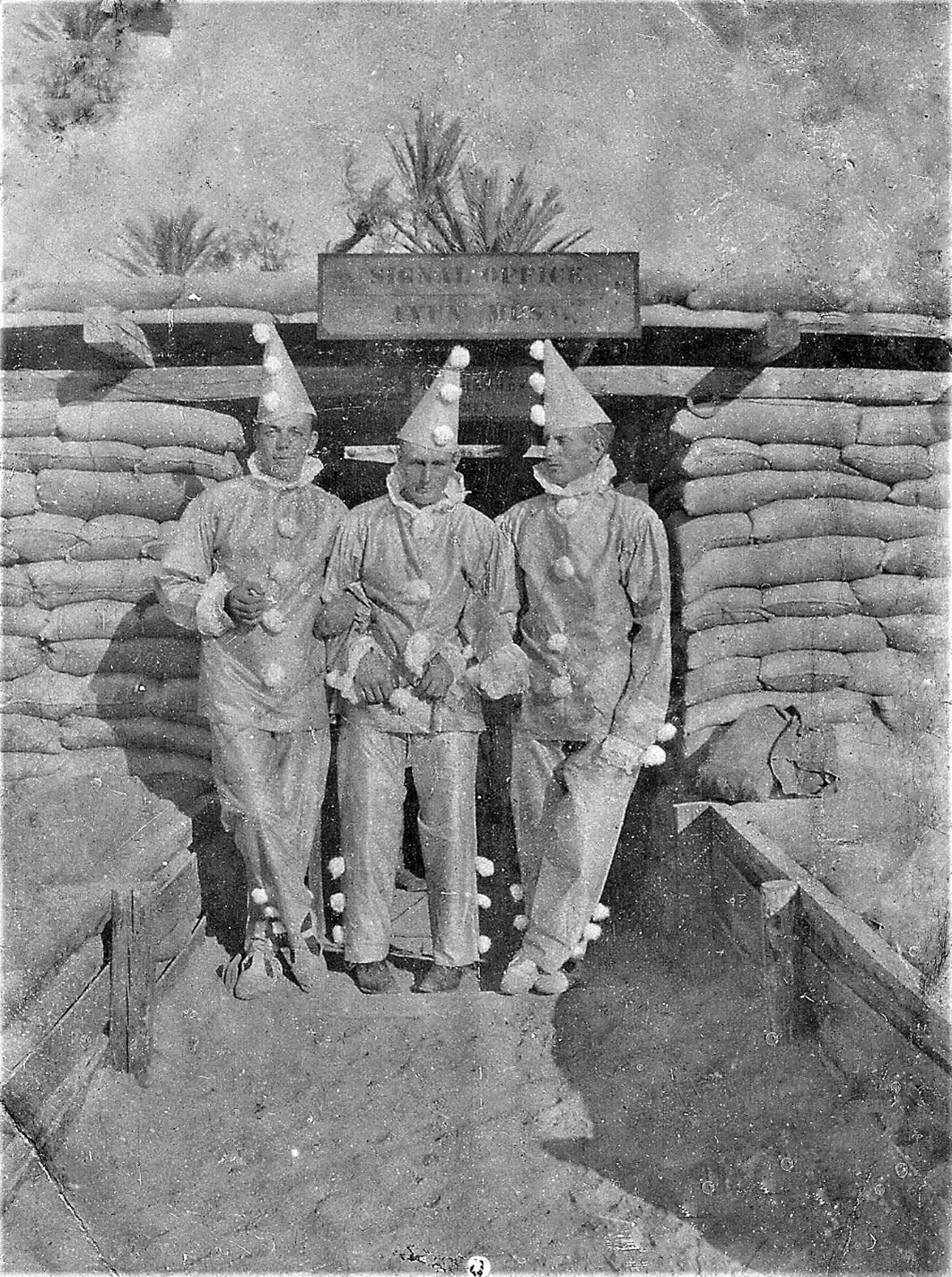 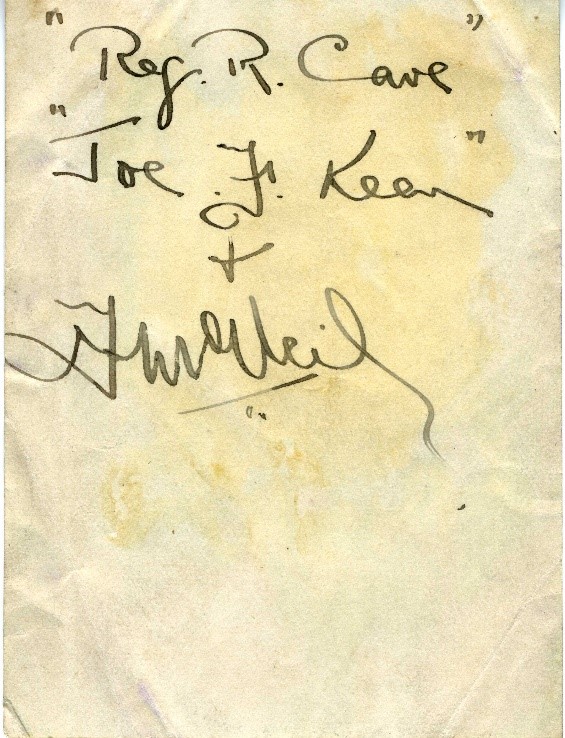 The three soldiers possibly could be in the same battalion, and so the records were trawled to find matches. The three named soldiers were all revealed to be in the 1/1st Berkshire Yeomanry.

The Battalion was formed up on 4th August 1914 at Reading. In August 1915 they saw in action in Gallipoli as a dismounted Battalion. In December 1916 the battalion returned to Egypt. The photographs were taken in Egypt in December 1916 and early 1917. The name MUSA appears on the reverse of Photos 1 & 3. It is abbreviated from Aiyun Musa and its location is shown on Map 1. 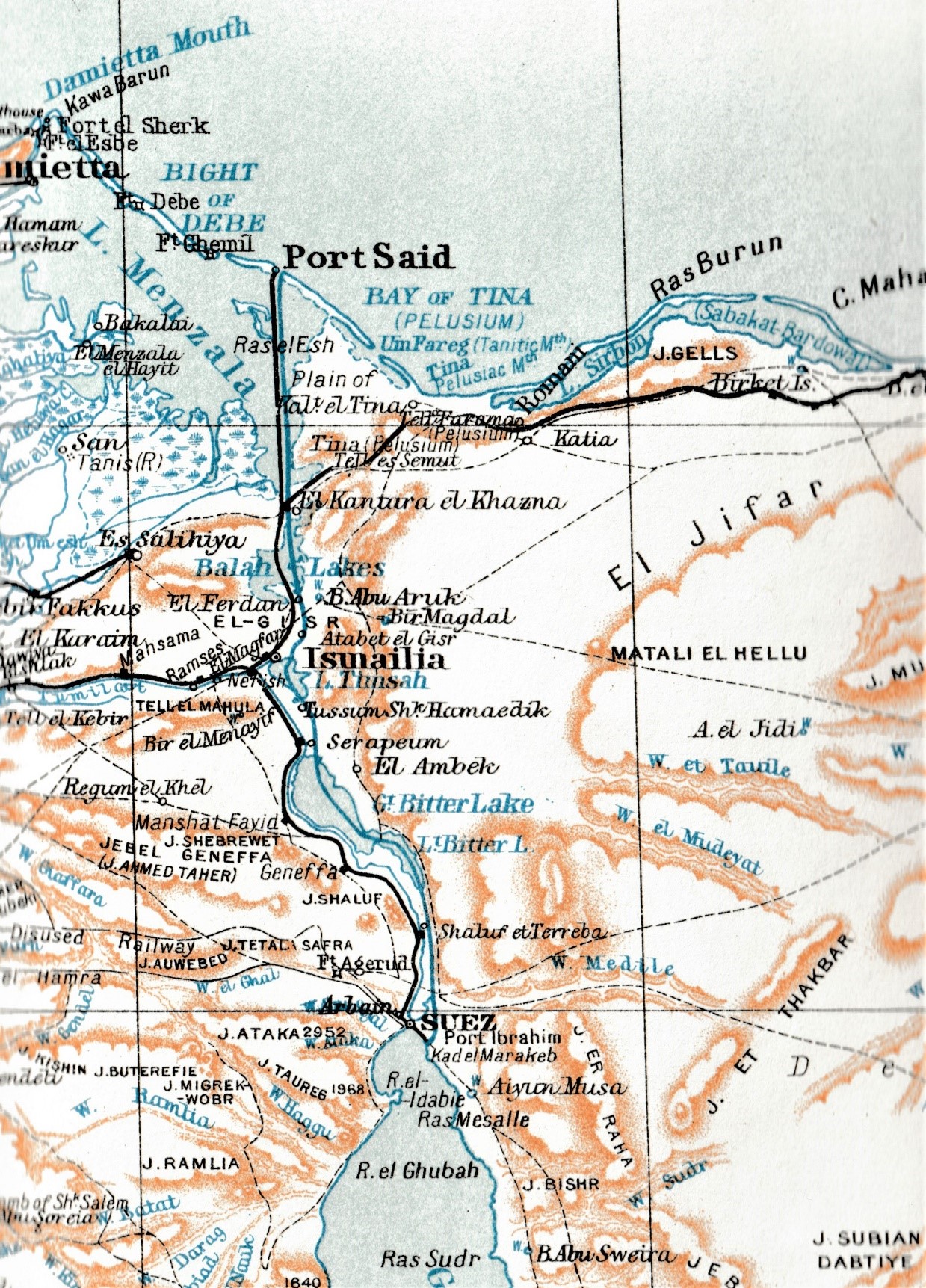 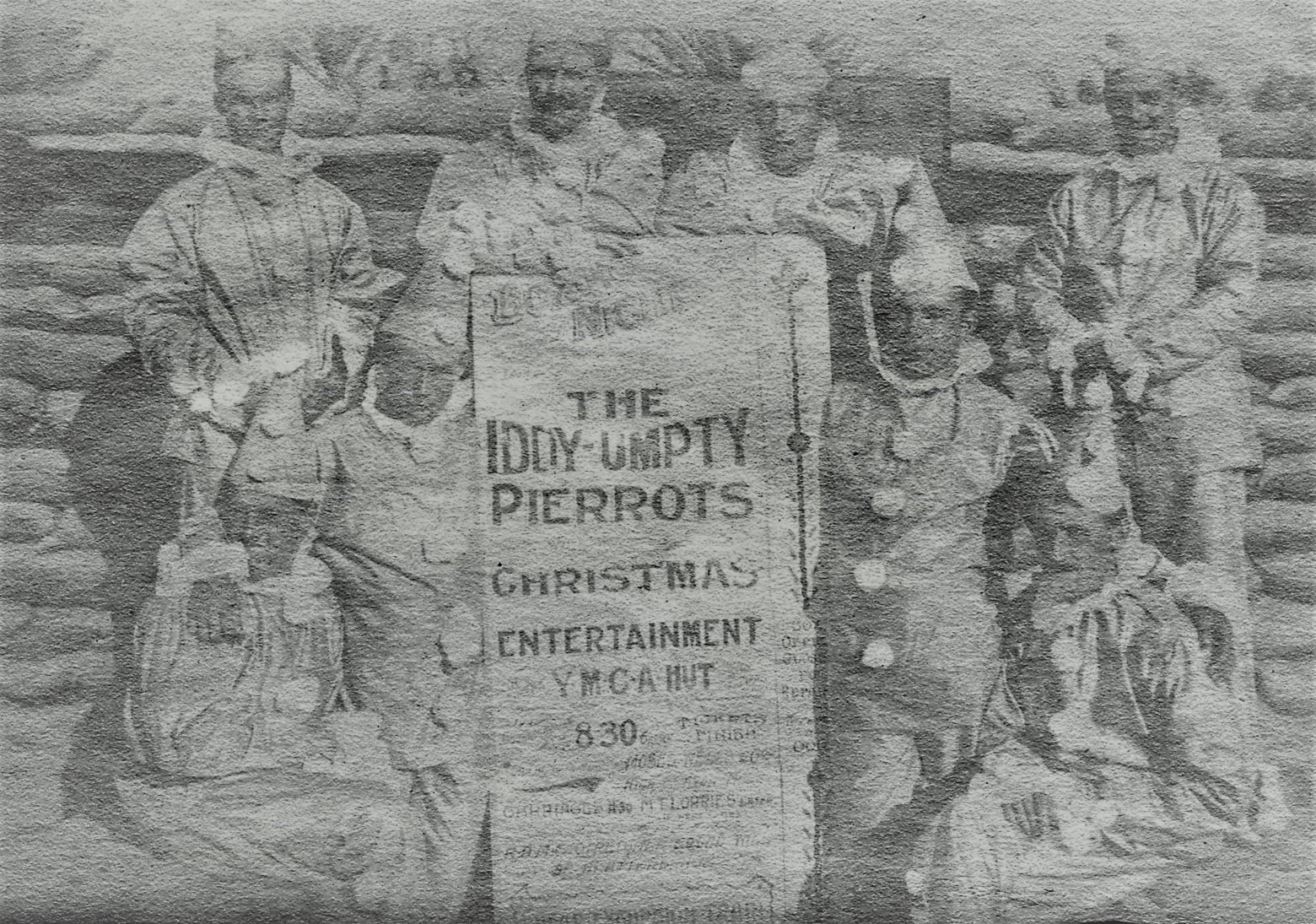 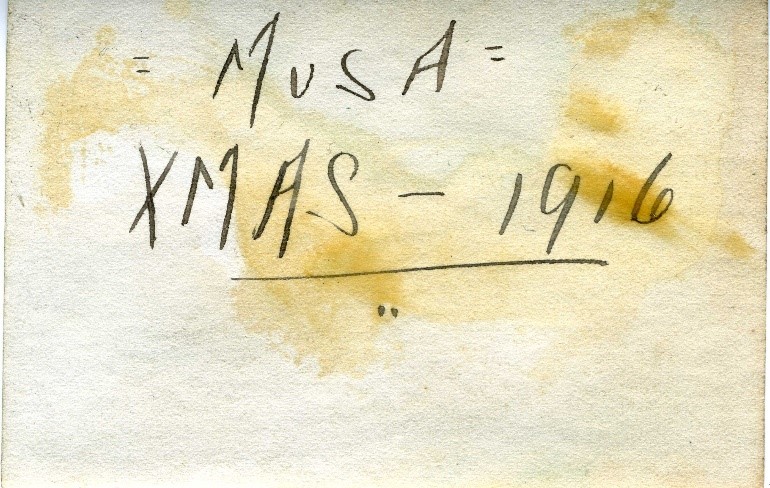 The ’Iddy-Umpty Pierrots’ are shown in Photos 2 & 3, and their Concert was performed in the YMCA Hut at Musa in December 1916. It seems likely that the concert group was on a small scale and was not a divisional concert party. The name ‘Iddy-Umpty’ has its origins in the early 20th century, and its earliest use is found in Punch magazine. The term is imitative of the dots (short signals) and dashes (long signals) used in Morse code. This would fit in well with the information on the photographs. On Photo1 it shows “A” Squadron Signallers, and Photo 2 is taken outside the Signal Office Aiyun Musa. (The sign in the background can be read). It seems certain that the concert group was the Signals Concert group. The same sign can be seen in the background of Photo3. The three named soldiers, all dressed as Pierrots, were obviously members of this Concert group.

Details of the Soldiers Named in the Photographs: 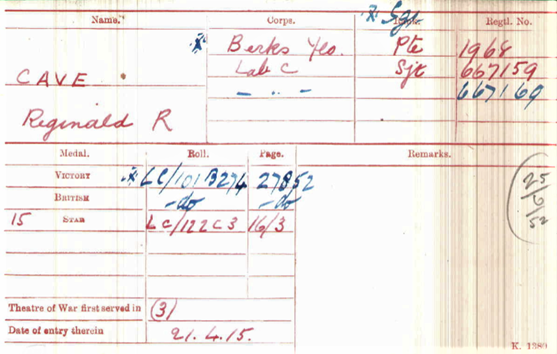 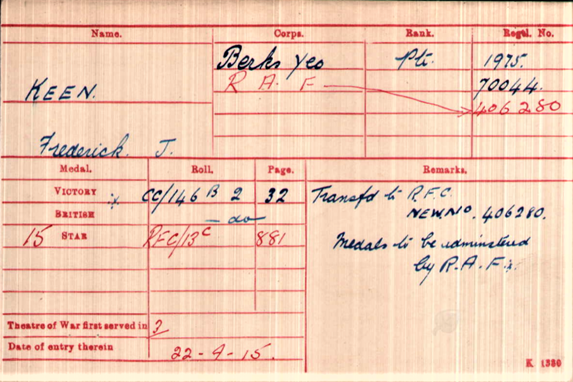 Born 22nd September 1892 Sandhurst, Berkshire. In 1914 he was living in Alberta Canada, and he came back to England to enlist. His Medal Card (Fig.3) shows that he enlisted in Berkshire Yeomanry Reg. No. 2312 and 70354. He was commissioned into the R.A.F. as 2nd Lieutenant on October 31st 1918. He married Gertrude Heath in August 1919 at New Hinksey, Oxfordshire. The medal card shows that in 1920 he had returned to Canada, living in Scollard, Alberta. He returned again from Canada in October 1935. In 1941 he is listed as being an officer in the RAF Training section. He died in Ringwood in January 1979 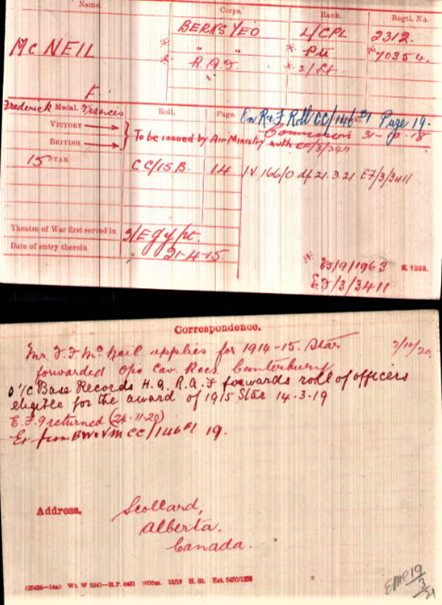 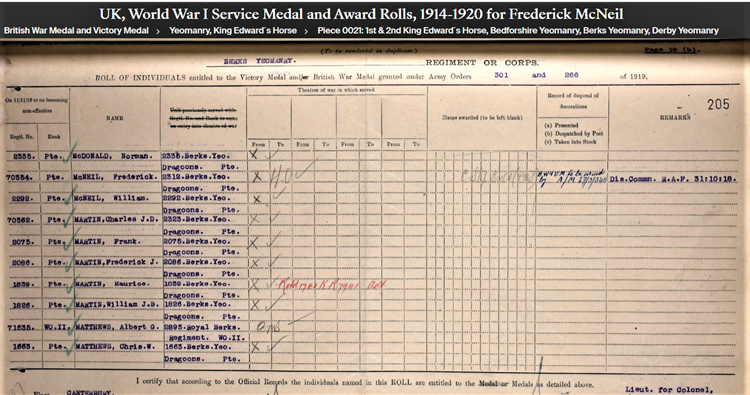 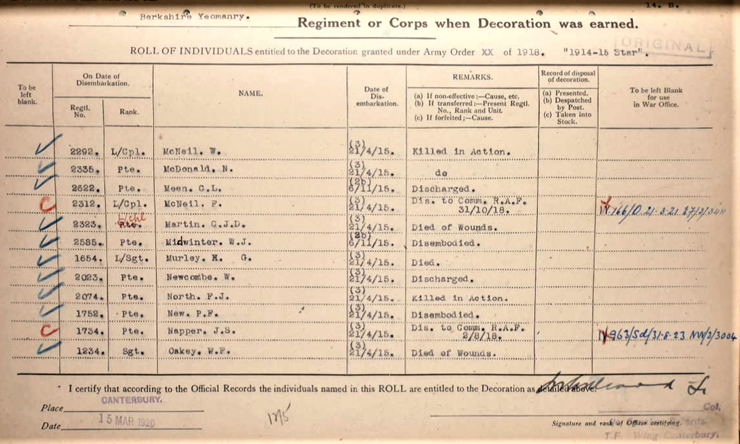 It is not known whether these photographs are to be found in any other collections. It is assumed in this research that they are the only copies to survive, but this might not be the case.

The photographs are of historical, regimental and family interest, showing the Signals Section of the 1/1st Berkshire Yeomanry in late 1916 and early 1917. Searches have not revealed any further information on the Iddy-Umpty Pierrots. The named soldiers are on the photo 2, but it cannot be assumed that they are named in the order shown on the reverse of the photograph. 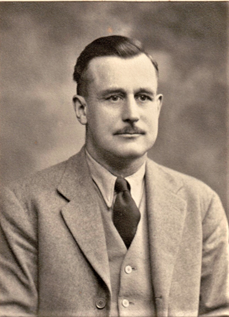 Further evidence is required to confirm who is who. A photograph of Frederick Francis McNeil, Photo 4, was found on a Family Tree internet site, and he closely resembles the soldier sitting in the centre of Photo 2. All three men were born in Berkshire.

It is hoped that any person reading this article may be able to add to it.

Note: Bob, please get back in touch - I have not been able to contact you by email - Administrator.

Andrew French (Asst Hon Curator, The Royal Berkshire Yeomanry Cavalry Museum) kindly added (February 2022): "We have contemporary portrait photos for each of the named men which will send you, plus at least one more Iddy Umpty Pierrots photographs and a description of how McNeil won the DCM (or the bar) at the 2nd Battle of Gaza.

At the Berkshire Yeomanry Musuem, we have another Iddy Umpty photo also take at Ayun Musa which was provided by the grandson of Tpr WC Billy Hill, who must have been a B Squadron signaller. 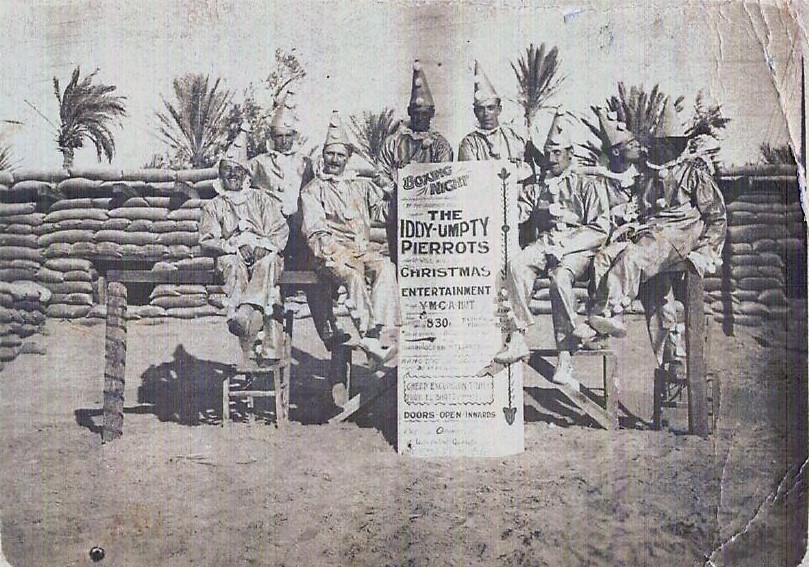 We have some scant details concert party including Reg Cave and Billy Hill entertaining wounded ANZACs in the Summer of 1915 in Cairo."